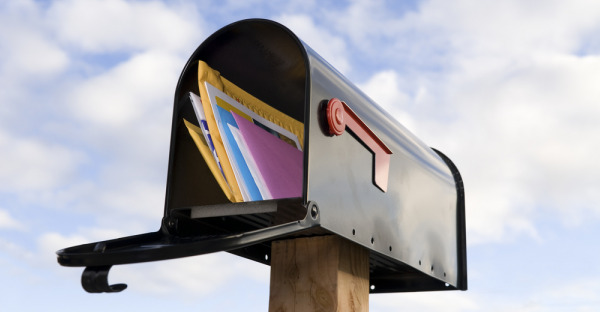 About a year after we moved to Blooming Prairie, our mailbox was smashed, along with about fifteen others, during a round of what I believe the kids call “mailbox baseball.” I was moved enough by the incident to put my thoughts and emotions into a letter to the editor, but my wife convinced me not to send it. Now, over a year later, I still have powerful feelings about it and its aftermath, so I’m going to share them.

This may sound odd, but I’m thankful that our mailbox was smashed as part of that vandalism spree. Being the victim of a crime came with all the commensurate difficulties: the uneasiness of being violated, the fear of falling prey to senseless acts, and the interruption of daily routines, like the walk to get the mail, which give us the perception of order and control in our lives. There was also the unanticipated, and grave, ramification of witnessing the erosion of my 5-year-old son’s innocence. His myriad questions and the purity of his puzzlement shook me, and certainly highlighted my lack of preparation in that all-too-prevalent area of parenting – the need to explain the unexplainable.

In the midst of this frustration, however, came “ the visit” for which I am so thankful. The unfamiliar truck that labored down our driveway the following Saturday carried one of the boys who trashed our mailbox. His stoic father drove. The son did the talking. He was contrite and interested in making amends (his two cohorts in crime apparently were not). It was his father, though, who drew my interest and admiration, for he delivered the valuable gift of allowing me to see what good parenting is. It’s not simply the ball games and the barbecues and the hunting trips. It’s certainly not the rush to defend the child when he compromises his principles or cuts corners at school. It’s not the chaw-filled chuckle and spit, proclaiming, “Relax, ‘cause boys will be boys.” It’s a father who knows what’s right and, even though it’s painful, imparts that wisdom on a Saturday afternoon, when there’s surely something he’s rather be doing.

And the way that father chose to impart that wisdom taught both his son and me. He taught his son to take responsibility for his actions, and he taught him that there should be consequences when one harms another. He taught me the value of silence on the part of a parent, allowing the child to find his own voice and to make his own way. It’s like taking a giant step sideways so that the parent’s shadow is no longer cast upon the child, and the parent saying, “There you go. You’re in the light now. What are you going to do with it?” The parent knows there will be faltering and bruising, and at those moments is severely tempted to speak on behalf of the child or to intervene in some way. But the good parent recognizes that when the child has an opportunity to stand alone and to learn through experience, silence and restraint can be the most powerful teachers.

So, with this newfound wisdom, I feel compelled to remind us that our adult actions have an impact on kids. We can choose to shrug off those violations of one human against another, like this mailbox incident, thereby teaching our youngsters that harming others deserves little more than a shrug. Or we can take quiet action, teaching by example, creating opportunities for our children to do what’s right, and then getting out of their way. I prefer the latter approach, which I learned from a fellow father.

I’ll close with some additional, but related, wisdom from Marian Wright Edelman’s Guide My Feet. She offers this as one of many prayers and meditations on loving and working with children: